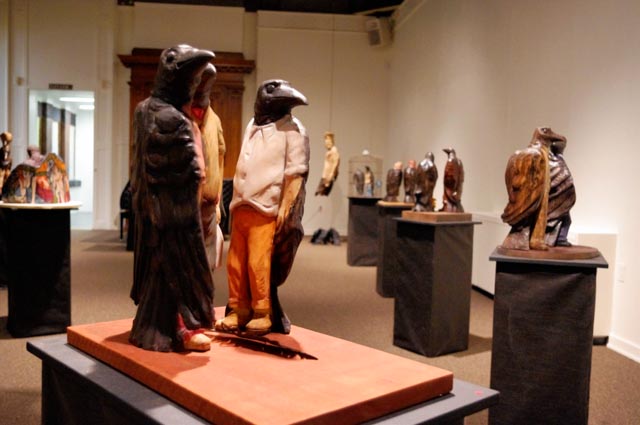 Matthew Brown of mountaindaleproductions.com  will be travelling around Atlantic Canada filming artist and there work, for the film series he is creating for Bell TV. The series is called the Atlantic Canadian art show: Studio Tour, The episode with the carved crows included is filmed at the Saint John Centre, as well as at the studios of some of the artist.

Robert A. Van de Peer – An Honest and Steady Trade: Adventures in Printmaking

(look for studio tour S1 E02 near the start of the list). Link below Ten Crows a Surprise you should not Miss